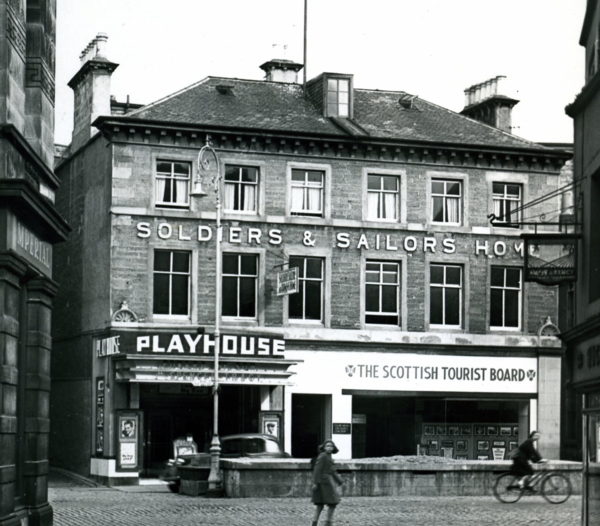 Located in Inverness city centre, near the junction of Academy Street and Millburn Road, the Playhouse Cinema opened on 7th December 1929, for Highland Cinema Company Ltd. The general manager was Alexander B. King (later Sir A. B. King) and the cinema had a Western Electric(WE) sound system. The proscenium was 36ft 10ins wide and there was a café.

In the early-1940’s the Playhouse Cinema was grouped with other A. B. King cinemas as Caledonian Associated Cinemas.

On 14th March 1972, during a run of “Le Mans”, starring Steve McQueen, the Playhouse was destroyed by fire.