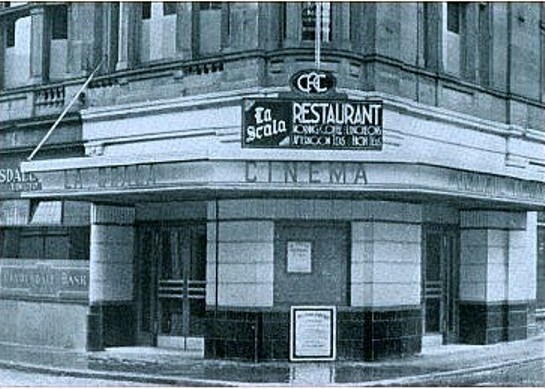 Located on the corner of Academy Street and Strothers Lane. Kelso’s La Scala Picture Palace was opened in 1913 with 1,200 seats in stalls and circle levels. It had a 28 feet wide proscenium, and there was a luncheon & tea room for the convenience of it patrons.

It was later taken over by the Inverness Picture House Ltd, and re-named La Scala Picture House. By 1937 it was operated by the Caledonian Associated Cinemas Ltd. and booked by A.B. King.

Closed in January 2001, it was demolished in January 2005, for housing to be built on the site of the auditorium. The facade and front section of the cinema was saved and is now in use as an estate agents and offices.