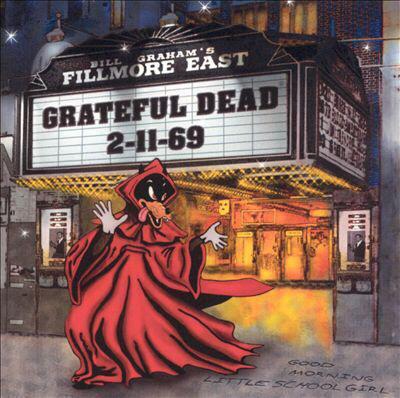 Originally opened in 1926 as the Commodore Theater operated by the Meyer & Schneider circuit. This movie house theater was taken over by Loew’s Inc. and opened as the Loew’s Commodore Theater on September 1, 1927. It became a Yiddish theatre in 1963, showing Yiddish movies and vaudeville, and was known as the Village Theater. It can credit Lenny Bruce as appearing on its stage.

In the fall of 1980, it was converted into what was to become New York City’s best and most celebrated gay disco ‘The Saint’, which became famous world-wide. This continued until May 2, 1988 when the doors closed following a non-stop 48 hours party. The building was used sporadically for a couple of years for live events, then stood empty for a few years until the auditorium was demolished in around 1996.

Today the narrow facade remains and the lobby is now remodeled as an Emigrant Savings Bank. Apartments/condos called Hudson East were constructed on the site of the auditorium. In the lobby of the bank are pictures of the Fillmore, Village Theater and Loews Commodore Theatre as well as some posters from the Fillmore East days.

Since April 22, 2013 it’s an Apple Bank for Savings branch after the acquisition of 29 Emigrant Savings Bank branches.

A major exhibition honoring Bill Graham, who turned the former Commodore into a rock palace known as Fillmore East, is currently on view at the New York Historical Society. More details here

Article about Bill Graham with photos.

I read the intro at top but it doesn’t answer a question I hoped it would so hopefully a fellow poster might have inside info. if it was so successful as the Fillmore East why did it close as such. its not like the Fillmore East closed because the building was being demolished the next week. did the landlord up the rent and Bill Graham couldn’t afford the rent hike?

bigjoe59…..In 2016 John Glatt’s book Live at the Fillmore East and West was published. I read it about 2 years ago and still have a copy of it. The closing of both Fillmore East and West (the SF venue’s closing was announced the day after Fillmore East had its last concert) was a long time coming. I went to many concerts at the original Fillmore and then Fillmore West. Graham occasionally was called out on stage from the audience whenever he raised ticket prices (“capatalist pig” etc) while he was on stage in the middle of announcing the next act. Every time he would point out that it was the bands that wanted more money and he had no choice. (Ticket prices at the time as I recall were $2 - 3.50). At one show I attended he asked a heckler to come up on stage and debate it with him. The heckler declined -(if you ever heard that Bronx accented angry profanity laden mouth you would decline too!!) In the book he’s quoted as saying that “Woodstock syndrome would be the beginning of the end”. That is, that the bands would want a lot more money from a lot more people than could attend old theaters and ballrooms, even SF’s Winterland that had 5400 occupancy for rock shows. High overhead at all the venues plus drugs and police problems, Graham feeling abuse from the press and public and a front page story in the SF Chronicle that moved up the closing of Fillmore West signaled the end. Apparently somebody spiked some “liquid refreshment” during a Grateful Dead show at Winterland with acid that sent a lot on bad trips to the emergency room at nearby Mt Zion hospital. More bad press for Graham. Graham decided that if you can’t beat em, join em. So he started doing mega concerts at stadiums and indoor and outdoor arenas where he wouldn’t lose money and the bands could get rich. He went into acting briefly (Apocalypse Now) and staged the final show at Winterland (The Last Waltz) in 1976. In the book, the last concert held at Fillmore East sounded like one for the ages.

to stevenj thanks for your reply. I wondered why if it was so successful it closed after not that many years. as stated the building wasn’t torn down till yearsssssssss after the Fillmore East’s last show so I figured there had to be a lot more behind why it closed long before the building was razed.

the one show I can remember seeing at the Fillmore East was Janis Joplin with Big Brother and the Holding Company. I am 98 ½% certain the Staple Singer were the opening act.