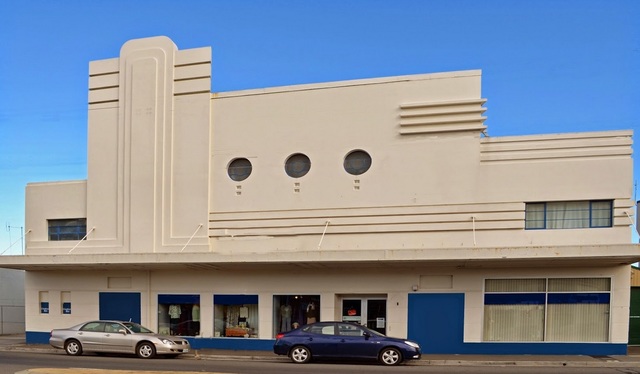 Located in Invermay, across the river to the north of Launceston. The Star Theatre was opened on 5th October 1937 with Irene Dunn in “Roberta” and James Gleason in “The Plot Thickens”. Designed in an Art Deco style by Tasmanian architect Guy Crick of architectural firm Crick & Furse, it featured concealed strips of neon tubing inside the auditorium to give illumination. Seating was provided for 579 in the stalls and 263 in the circle. The Star Theatre was closed on 26th July 1969.

It was purchased by the St Vincent de Paul Society and became a charity shop known as ‘Vinnies’. In March 2016 it was purchased by three local Launceston men and renovations commenced in early-2017 to restore the cinema and reopen it. It was re-opened 6th April 2018 with “Red Sparrow”. Live events are also held in the theatre. It has a cafe & bar.