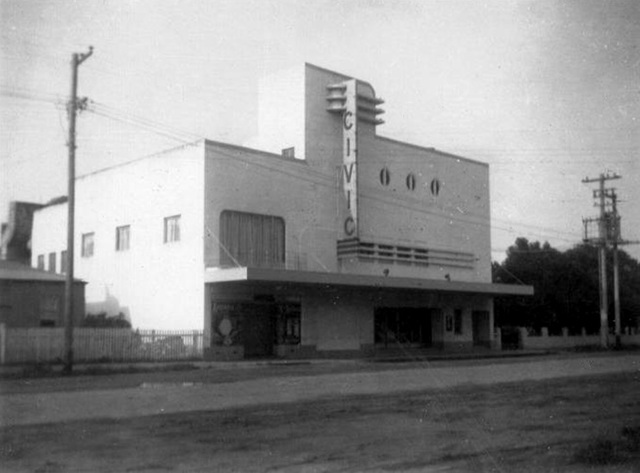 The Civic Theatre was opened on 16th September 1940 with Madeleine Carroll in “My Son, My Son”. It was deigned in a Streamline Moderne style by the Sydney based architectural firm Crick & Furse. Seating was provided for 1,100 in stalls and circle levels.

The Civic Theatre was independently operated by the Taylor family until 1972 when it was taken over by the Birch Carroll & Coyle chain. It was later taken over by Event Cinemas. In 1975 it was refurbished and became a 5-screen cinema, but unfortunately much of the original decorative features were covered over.