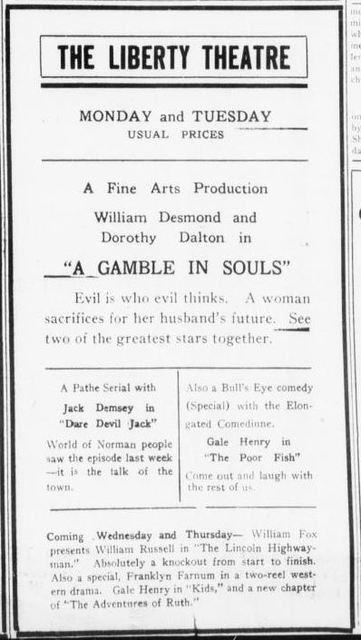 The Billings Theatre was originally constructed as an opera house around 1908 and was on the second floor of a downtown building. The theatre showcased Shakespearean dramas, school productions, fine arts concerts and even a junior burlesque or two. It was later remodeled as a silent film cinema and renamed to the Liberty Theatre. Around 1922, the theatre was again remodeled and moved downstairs into a space formerly occupied by the Ansonia. The Liberty Theatre continued to show films during the construction process. Once the remodel was finished, the theatre changed names to the Billings Theatre.