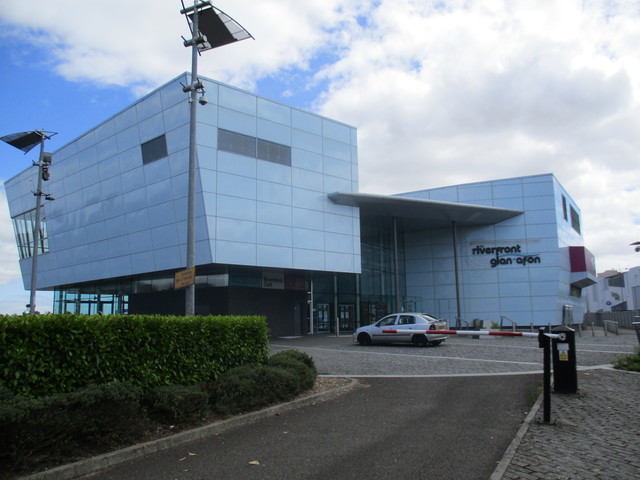 Situated, as its name suggests, by the river, just off the city centre, in Newport, Gwent, The Riverfront is a multi-function venue that “seeks to bring as many people as possible into contact with the arts and creativity, with up to 180 professional performances, over 200 film screenings and over 500 workshops every year”.

The need for an arts and entertainment facility in the city was first identified by the former Newport Borough Council as far back as 1983. In 1999 the Arts Council of Wales announced that Newport had been awarded a lottery grant of £8.5m towards the building of the centre. The Welsh Assembly also awarded a grant towards the construction of a basement display for a mediaeval ship found during construction work. The balance for completing the theatre and arts centre came from the council.

The Riverfront was designed by the architectural practice of Austin-Smith:Lord (which also designed FACT in Liverpool). Construction started in May 2002. The building is certainly a striking one, although in March 2004, several months before it had even opened, it came second in a vote to find Wales' most ugly building! (The winner was not mentioned in the articles I saw!)

Despite this, The Riverfront opened on 23rd October 2004 with a concert by Katharine Jenkins and the Royal Philharmonic Orchestra.

It is home to the Theatre, with 493 seats, the Studio (used for film shows) with 128 seats, a dance studio, a recording studio, an exhibition gallery, three workshop spaces and a multi-purpose function room.

Since 1st April 2015 The Riverside has been managed by Newport Live on behalf of Newport City Council.