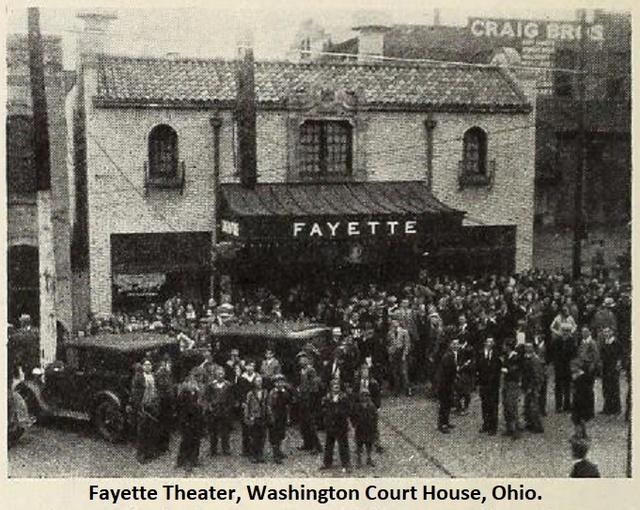 The 750-seat Fayette Theatre opened on April 30, 1928. It was architected by Harry C. Holbrook of Columbus and operated by Hoy Orton Simmons and Harry V. Smoot. The $42,000 theatre started with a 2 manual, 6 ranks Page Organ Company pipe organ and a Lauter Grand Style 85 piano. With a year, it installed sound and in 1940 the organ moved to a church in Columbus.

The Chakeres Theatres circuit took on the Fayette Theatre in 1954 eventually changing it to the Fayette Cinema. With little notice, the Fayette Cinema was shuttered on November 5, 1974 showing of “Chariots of the Gods”. Within a week, seats were removed and the floor leveled to become a disco.