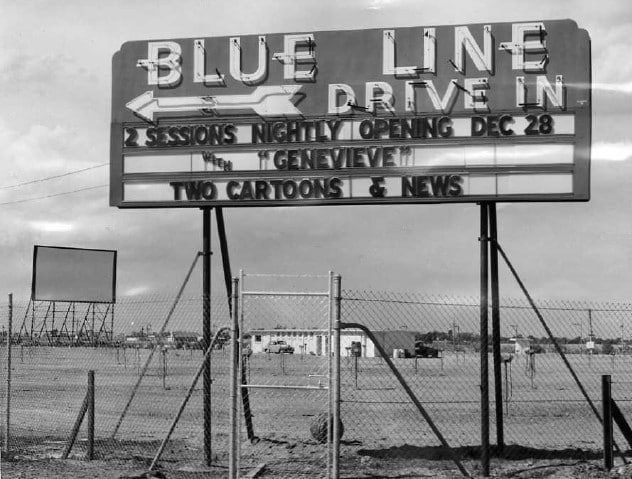 Located on the corner of West Beach Road and Military Road. The Blueline Drive-In opened on 28th December 1954 with a “Heckle and Jeckle” cartoon(not named), “News”, a “featurette”(not named), and the main film “Genevieve” starring Kenneth More. The Blueline Drive-In was the first drive-in in South Australia. The drive-in closed on 28th November 1998 The drive-in was demolished(date unknown?) and the site is now houses.

Located on the northeast corner of West Beach Road and Military Road.