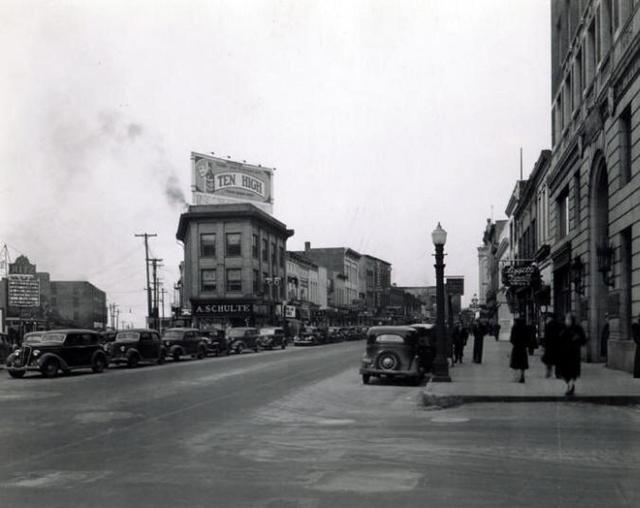 Opened in 1911 as the Temple Theater. It suffered some names changes Empress Theater then Ritz Theater, until 1932 when Nick Kuris bought the theater, changing its name to N K. Theater. It was still open in 1950.

The Temple Theatre was mentioned in this item from the January 21, 1911, issue of The Nickelodeon:

“Carl Ray, who has purchased the Temple theater in Muskegon from A. J. Gilligham and E. M. Smith, is now in control of all the theaters in that city, including the three moving picture houses.”

There is no Market Street in Muskegon today, which is why Google Maps is defaulting to the town of Whitehall, some distance north. I suspect the street name has been changed, but I don’t recognize anything resembling any of the vintage photos on the photo page among the few, pathetic scraps that remain of downtown Muskegon.