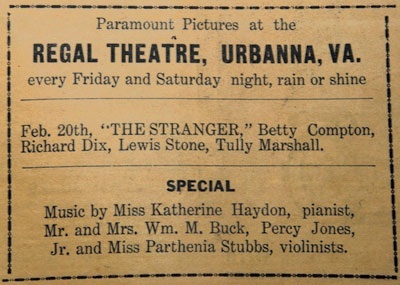 The Regal Theatre was opened August 4, 1923. It was closed around March 1931. After closing it was used as a special events venue, and on July 7, 1938 Walt Disney’s “Snow White and the Seven Dwarfs” was screened. It later served as the Town Hall.