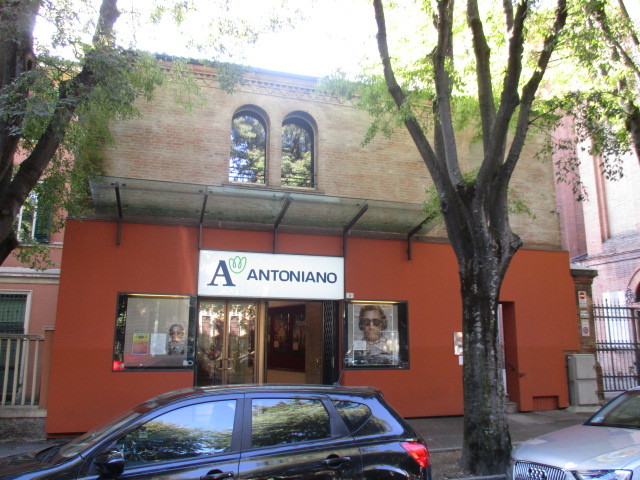 In Bologna, the largest city in the Emilia-Romagna region of Northern Italy, Instituto Antoniano was created in 1953 by the Franciscans.

It was established as a community services initiative with the goal of helping the less fortunate, a life rule of the Franciscans. In 1953 poverty was quite widely spread throughout Italy and the Antoniano set up a soup kitchen that still exists today (a basement space is used to assist the homeless).

Over the years the Antoniano has expanded and widened its range of initiatives, particularly with regards to the needs of children, and since 1961 the Institute has been the prime organiser of the Zecchino d'Oro festival of song for children. The Instituto Antoniano has three choirs and runs a ballet school and a drama school.

The large auditorium has stalls and balcony, and is used for films as well as live performances.

In a nice touch, one of the cinema’s now defunct film projectors, a Fedi (Milan) Model 12, is on display in the foyer.