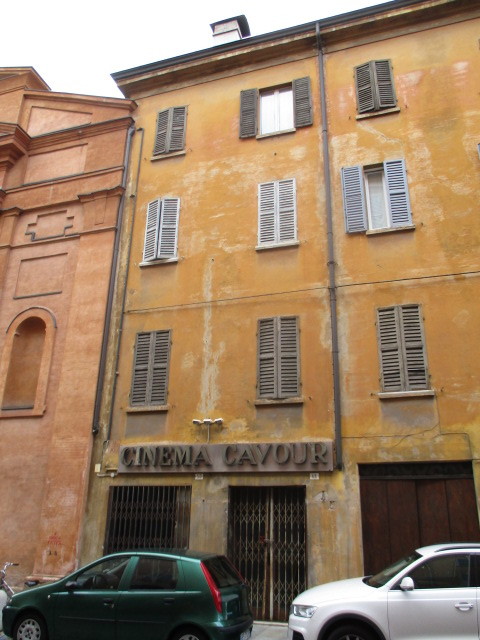 In the centre of Modena, in the Emilia-Romagna region of northern Italy, the Cinema Cavour is believed to have opened in 1947. It was owned by the adjacent church and is believed to have been named after Camillo Benso, Count of Cavour, the first Prime Minister of Italy.

It is not known when the cinema closed, although a friend who lives in the town remembers that “Stalingrad”, directed by Joseph Vilsmaier, was the last film he saw there; that film was released in 1993-1994.

When I visited, in September 2016, the cinema was boarded up.