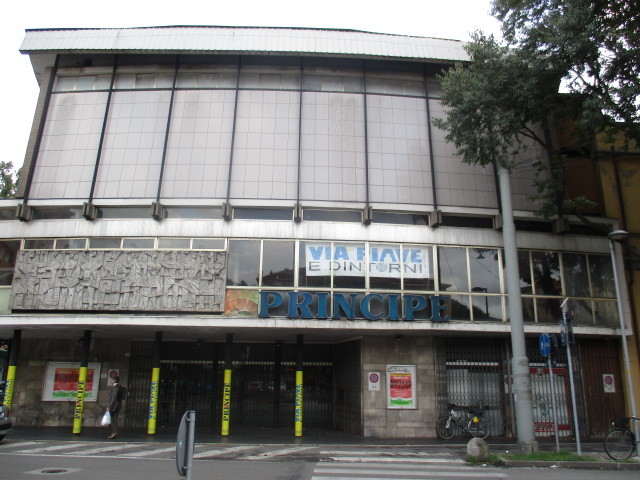 On the outskirts of the city centre in Modena, in the Emilia-Romagna region of northern Italy, the Teatro Principe was opened in 1925. It was demolished in 1959 and the Cinema Principe (“Prince”) was built on the site and opened in 1961.

It closed in the 1990’s. Some years later the owners of the building loaned it to the Municipality of Modena for use as a community space until 2005.

It was used for a Christmas nativity scene in 2015-2016 but appeared to be closed up when I visited in September 2016.