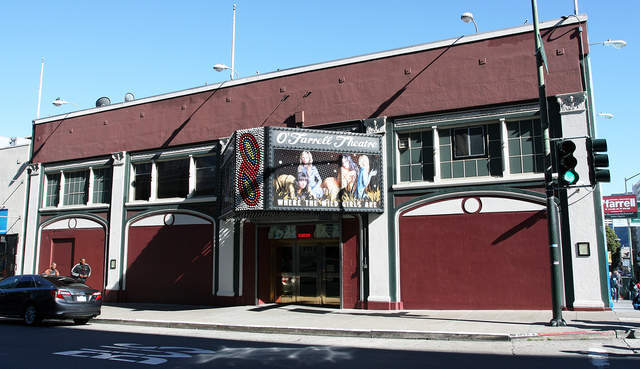 It was frequently the target for attempts at prosecuting for obscenity, but it survived operating with live sex shows only. It was closed in October 2020.

“Jim Mitchell, who helped bring eroticism into the political and social consciousness of San Francisco and later was imprisoned for the sensational killing of his own brother, died apparently of a heart attack, at his home in western Sonoma County, investigators said Friday.” Was this quote correct in saying that Jim was imprisoned for killing his brother yet died at his home? Was he released from prison at some point in time though he committed murder?

Jim Mitchell had a lot of connections with the San Francisco power structure. It was not unusual to see cops and politicians getting lap dances from the various women at the O'Farrell. That said, Jim Mitchell’s defense in killing his brother, Artie, was that he shot him because he was “trying to save him” from his alcoholism. The official defense was “intervention gone awry.” Many politicians and pundit Warren Hinckle chimed in to Jim’s defense, and Jim was convicted of manslaughter, not murder. According to the SF Chronicle, “The jury concluded that the killing was voluntary manslaughter committed by the elder brother in the heat of passion. Mitchell was released from San Quentin Prison on Oct. 3, 1997, after serving less than three years for his brother’s slaying.”

Can someone tell us what the O'Farell Theater was before the Mitchell Brothers opened it? Was it a theater?

U.S. District Judge Alfonso J. Zarpoli stressed that the temporary restraining order issued Friday is limited to patrons, and would not prevent the arrest of the theater owner or operator. The judge set next Friday for a hearing on the matter.

Zirpoli acted in a suit brought by the American Civil Liberties Union on behalf of James Mitchell, 25, operator of the Oâ€™Farrell Theater, the site of one of this weekâ€™s raids. The suit charged state laws regarding obscenity and “visiting a disorderly house'‘ were unconstitutional.

That building does look like an old car dealership-you can see where the display windows have been filled in.

George75… Hey asshole, This is Vaughan. Whattamean, mean-spirited?!?! I live in a Philippines whorehouse, and doing fine without your approval. Gish used to visit me here regularly until he died of cancer a couple of years ago. I still see Doc Dossett occasionally. Who are you, anyway? I’m more mean-spirited than ever, got it down to an art form!

Vaughan…Charlie fired me because he disliked me, and fired you because you did everything except what you were supposed to do. You knew you were golden as long as Artie was there; when you learned of his death, did you know Charlie would fire you? I suppose you know that Jim, Vince, Shelby and many of the dancers from that era are now dead. I’m sure Charlie has retired; is he still alive? Lonnie and Bill moved back to CT, I believe. Tom, 25, 300 lbs. (assistant manager), grew to 400 lbs. and quit to study computers. (A lot of good his Stanford degree did him! Wonder if he’s still celibate.)

Status is Closed, October 2020 after 51 years.
Article below.