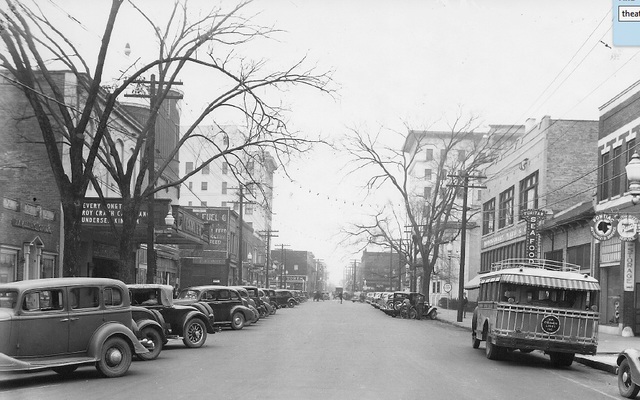 This one was located on North Main Street.

The Cavalier Theatre has been demolished, but the buildings across the street are still standing. The one that in the vintage photo looks like it is probably directly opposite the theater has two storefronts with the addresses 147 and 149 N. Main, so the Theatre was probably at 148 N. Main. The theater’s site is now under the footprint of the courthouse.

Courtesy ads in school yearbook from as early as 1942 and as late as 1952 indicate that the Cavalier was during that period operated by the Pitts' Theaters chain.

The January 2, 1929, issue of The Film Daily noted briefly that the Suffolk Amusement Company’s new Cavalier Theatre at Suffolk, Virginia, had opened recently.

Just posted a Jan 1928 ad in the photo section