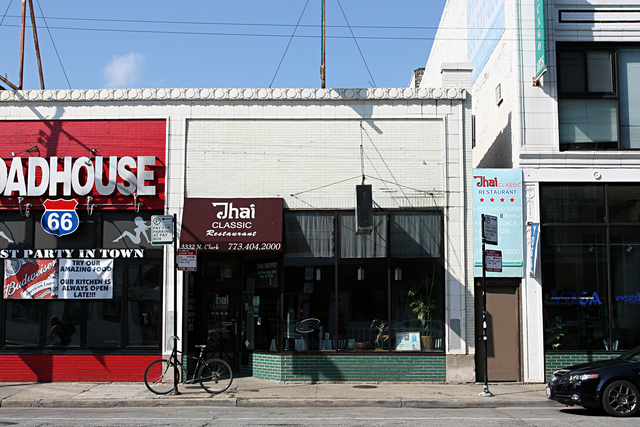 The Glenwood Theater, located in the Wrigleyville section of the Lake View neighborhood, stood on N. Clark Street at W. Buckingham Place. The theater opened in 1911 and was operated by Harlow and Stockwell, according to Motography of October 1911, and was “devoted to high class moving pictures and illustrated songs”. The article states the theater was “one of the most artistic show houses on the North Side.” The October 14, 1911 Moving Picture World reviews the new theater calls the Glenwood “one of the prettiest little theaters in Chicago” but goes on to give its projection quality negative reviews.

Today the site of the theater is a vacant lot, a rare sight for this neighborhood.