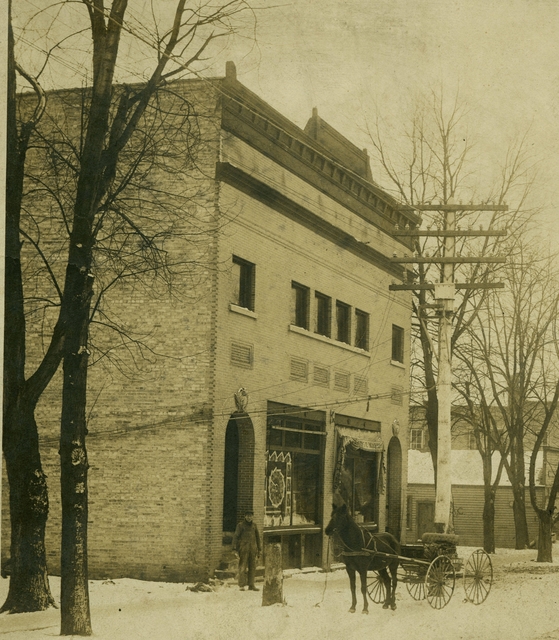 Park Ridge’s first theatre was opened in 1916 or 1917 in the Jacobson Building by Mrs. Kenneth B. Ransley, an artist. Closed May 1, 1921 in favor of a car dealership. Between the closure of the Park Ridge Theatre and the opening of the Ridge Theatre, movies were shown at the Mary Wilson House. The Jacobson building was demolished in 1929.