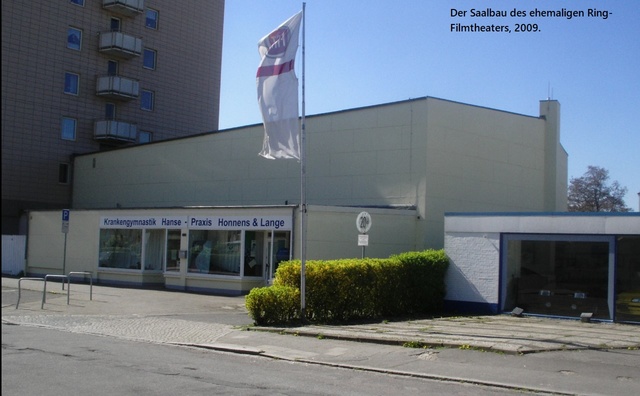 The Ring-Filmtheater was opened on 18th May 1960. It was equipped to screen 70mm films. It was not successful due to a lack of blockbuster films and was closed at the end of 1962. It was converted into a supermarket, which closed in December 2009.