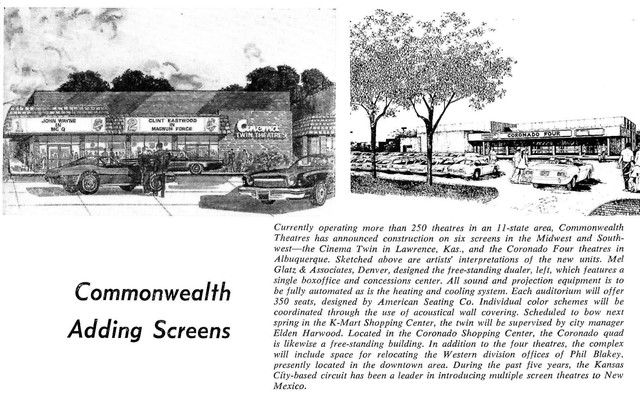 Commonwealth Theatres opened the Cinema Twin October 6, 1977. According to the Journal World, the auditoriums were divided equally with 295 seats each.

At the time Commonwealth operated locally the Granada Theatre, Varsity Theatre, Hillcrest Theatre, and Sunset Drive-In and had 250 theaters in 11 states.

The Cinema Twin was among 34 theaters Hollywood Theaters bought from Crown Cinema in September 1996.

While operating as a discount house, it closed September 1, 1997.