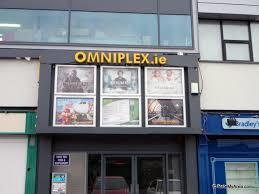 Located in the Boyne Centre in Drogheda, County Louth. The Oscar 1 & 2 was opened by Jim Cassidy in August 1973 with Pullman seats and panoramic screens. The first films to be shown were “The Poseidon Adventure” and “Snow White and the Seven Dwarfs”. Country and Western singer Johnny Cash was booked to play that September indicating that it wasn’t just films to be had. It closed in 2003 but was reopened as an Omniplex with 4-screens in 2008, closing again in 2015.

When Omniplex reopened the Oscar it became a four-screen cinema.