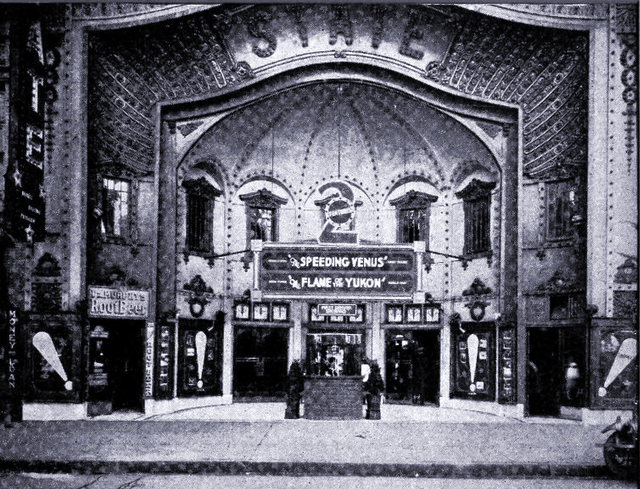 The new Strand Theatre was built for $175,000 in 1915 on the lot occupied by the original Isis Theatre and the original Strand Theatre likley on a ten-year lease. It launched on September 4, 1915. During its run, it would be known as the Fox Strand as William Fox played his top films there.

It was closed briefly at the end of its first lease for remodeling and reopened on September 18, 1925 as the “new” State Theatre with “Hell’s Highroad”. The theatre lasted into the TV age by not to widescreen closing in 1952. The Colorado National Bank acquired the building at demolished it for a bank in 1952.

Motion Picture Herald, May 9, 1953: “Norman Probstein, owner of the State, has taken over the Isis from Fox Inter-Mountain Theatres, and will tear down the State to make a parking lot, which he will operate.”