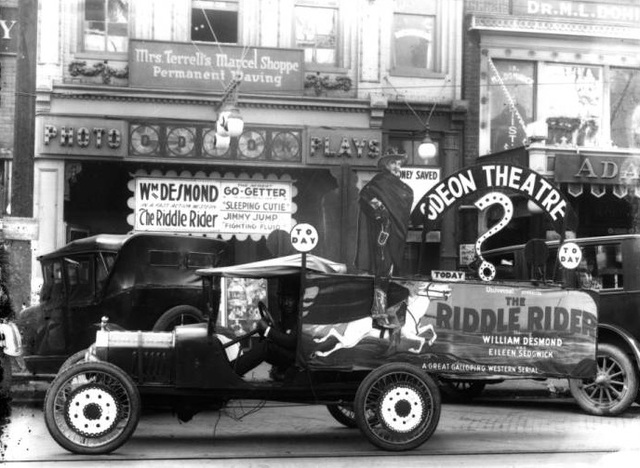 The caption of a photograph of a Mr. A. Alexander Wall, Vice President of the Alabama Exhibitor’s League, appearing in the July 12, 1913, issue of The Moving Picture World says that he “…is connected with the Odeon Theater of Birmingham, Ala., and operates five theaters in other towns.”

Bhamwiki’s brief entry for the Odeon says that “[i]n 1916 it was known as the Odeon One, to distinguish it from the Odeon Two on 20th Street.” At that time the Odeon One was a five cent house subscribed to the Mutual service, and known for showing Chaplin movies.

This photo depicting a group of boy scouts standing in front of the 2nd Avenue Odeon is dated 1925.