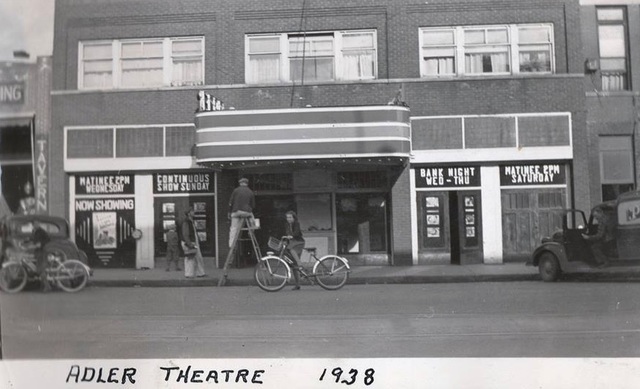 The below link has for sale a book called “Showstopper” (Adler family and Waupaca theatres) $9.95

The following information comes from the Waupaca Historical Society.

The movie house showed “second run,” or less popular movies, compared to the nearby Palace Theatre on Fulton Street (also owned by Adler). The Ashe Theater Corporation took over the theatre in 1946 and renamed it, “The State.” It showed its last movie on December 23, 1949."