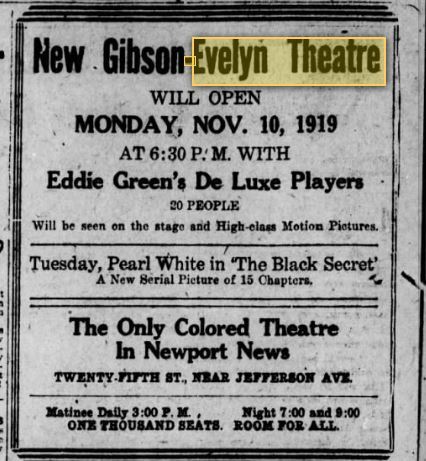 Located on 25th Street near Jefferson Avenue (today Martin Luthur King. Jr. Highway). The New Gibson-Evelyn Theatre was opened November 10, 1919. It was the first African-American theatre to operate in Newport News. Eddie Green’s De Luxe Players appeared on stage with a cast of 20 artistes. There were also High Class Motion Pictures on screen. The following day Pearl White in “The Black Secret” Episode 1 was screened. It became known as the Evelyn Theatre and was also used for community events. It was closed in 1922.