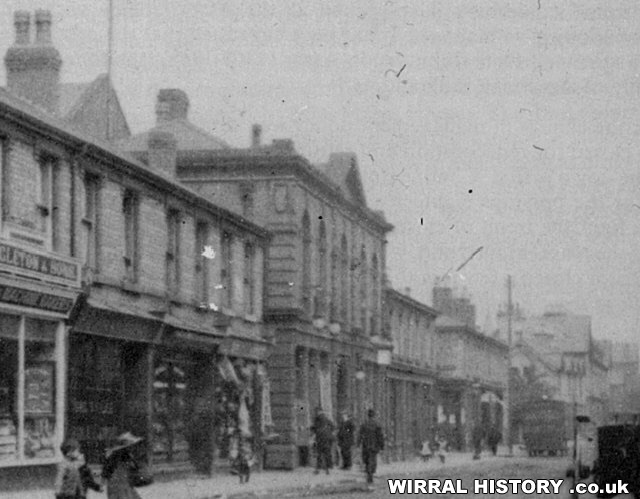 Located in the Tranmere district to the south of Birkenhead town centre. The Tranmere Music Hall was opened on 15th November 1879 with 1,200 seats. In the early-1900’s it was screening films as part of the variety programme and was taken over by James A. Saronie and re-named Saronie’s Coliseum.

Around 1919 it was taken over by Cheshire Picture Halls Ltd. and was re-named Coliseum Picture House. It was equipped with a Western Electric(WE) sound system in late-October 1929.

In the early-1950’s it was taken over by the Southan Morris chain S.M. Super Cinemas Ltd. On 26th August 1954 they were taken over by the Newcastle based Essoldo group. The Coliseum Picture House was closed in 1962 with Jeff Chandler in “The Story of David”. There was talk of it becoming a bingo club, but nothing transpired, and after a few years standing unused it became a Saunders Bros. furniture store which was still operating in 1990. The building was demolished in 2005. A block of flats now stands on the site.