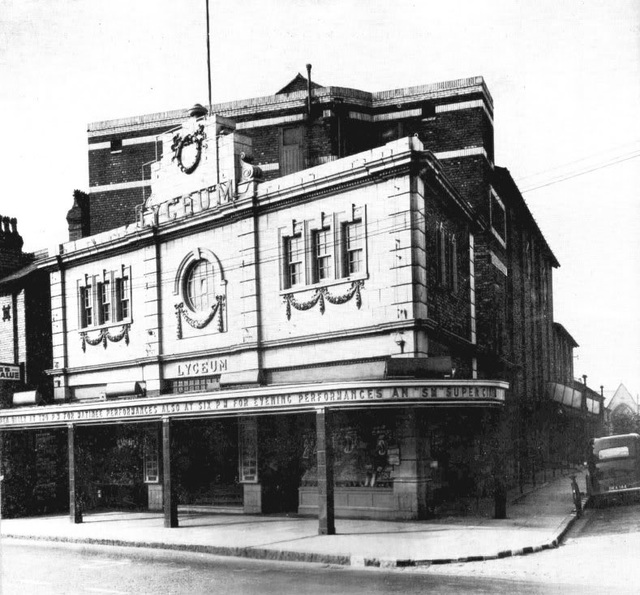 Located in New Ferry, a district to the south of Birkenhead, on the Wirrel, Cheshire. The New Ferry Lyceum Picture Cinema was at the corner of New Chester Road and Grove Street and opened on 30th August 1913 with “The Lighthouse Prisoners”. It was designed by Liverpool based architectural firm Nagington & Shennan. Seating was provided in stalls and circle levels.

It was equipped with a Western Electric(WE) sound system in March 1930 and the first talkie to be shown was Victor McLaglan in “King of the Kyber Rifles”. By then it was operated by Cheshire Picture Halls Ltd. In the late-1930’s it was taken over by the Southam Morris chain of S.M. Super Cinemas Ltd. They were taken over by the Newcastle based Essoldo group on 26th August 1954 and it was re-named Essoldo New Ferry.

The Essoldo was closed in March 1962 with Leslie Phillips in “In the Doghouse”. It was converted into a supermarket. It has since been demolished and an Iceland Foods now operates on the site.