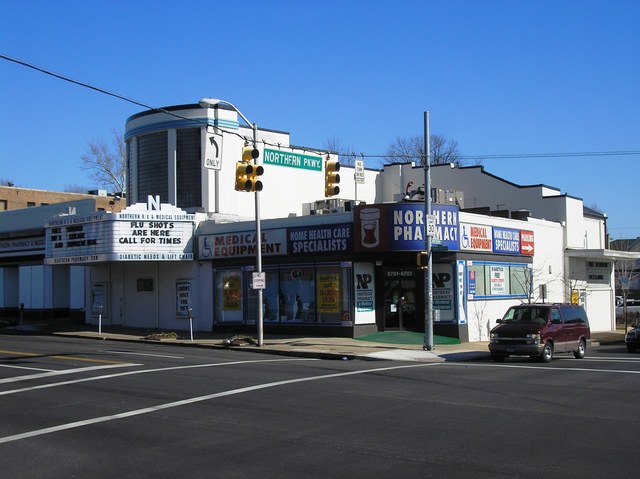 There is nothing left of the Art Moderne style gem of a theatre but its facade. The Northway Theatre opened in 1937 and closed in 1975. Shortly after the theatre closed, the neighboring drugstore, named after the theatre, bought the old building and gutted it. Having no use for the auditorium, they tore it down in 1995 and put in a bigger parking lot. They left the theatre’s marquee, which lost the “Y” during a storm– it now reads “NORTHWA” to advertise the drugstore sales.

Before finally closing as a movie theatre the Northway showed skin flicks. Nonetheless, the surviving pieces of the theatre are a good example of a Moderne neighborhood theatre.

Here are some photos:
http://www.kilduffs.com/NBA.html

Here is a 2008 photo of what remains of the Northway Theatre.

Here is a 2008 photo of what remains of the Northway Theatre.