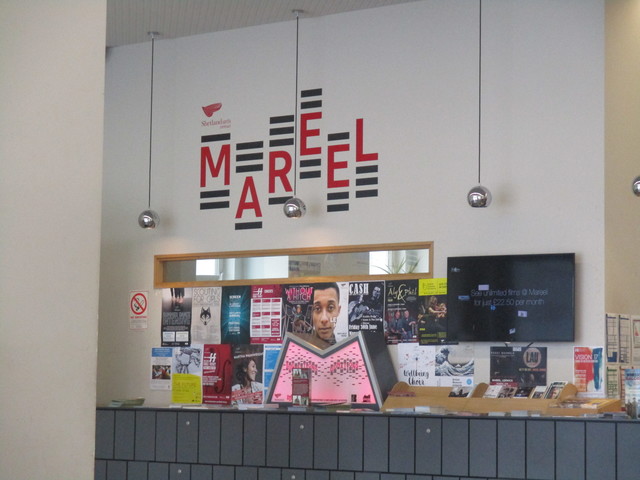 In Lerwick, in the Shetland Islands, in 1996, following the 1989 closure of the North Star cinema to films, a steering group was formed to campaign for a new cinema. In response, in 1997 the Shetland Islands Council commissioned a study into the desirability of a cinema. The results were positive so, in 2001, the council commissioned a feasibility study into two options: a standalone cinema and standalone music venue, or a combined use building. Perhaps inevitably, the latter was chosen due to savings on construction and running costs.

In 2006 the Shetland Arts Development Agency was formed from the Shetland Arts Trust. Part of its remit was to take forward the project, which was not without its controversy, with local businesses concerned about the impact the ancillary outlets would have on their trade, and there were funding issues for this £12m project, although it was projected to create 52 full-time jobs. Eventually, however, having missed its projected opening date of autumn 2010, Mareel finally opened on 17th November 2012. (In Shetland, “mareel” refers to phosphorescence on the surface of the sea, which can apparently be seen by orbiting satellites.)

It is the UK’s most northerly music, cinema and creative industries centre. Situated on the edge of the North Sea on the historic Hay’s Dock quayside, beside the Shetland Museum and Archives, Mareel offers top quality facilities with a live performance auditorium which can be arranged for standing room, theatre seating or cabaret seating.

The two dedicated cinema auditoriums, seating 160 and 40, show a varied programme, including event and art-house cinema. To demonstrate that varied programming, when I visited, on Wednesday 21st June 2017, I saw the Milos Forman/Jack Nicholson classic “One Flew Over the Cuckoo’s Nest” in a Senior Screen/Screen Classic matinee in Screen 2, followed by action adventure blockbuster “The Mummy”, starring Tom Cruise, in Screen 1.