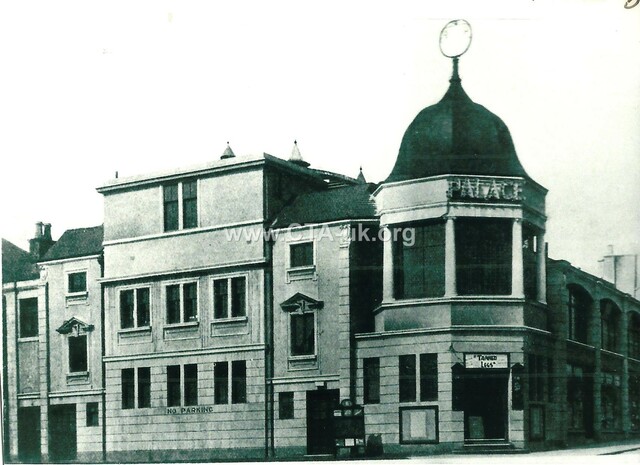 Located in Kirkcaldy, Fifeshire at the corner of Whytescauseway & Mill Street. The Palace Theatre opened as a live theatre in 1913, although it was equipped to screen films. It was designed by Kirkcaldy based architect John D. Swanston. Seating was provided for 730 in the stalls and 270 in the circle. The stage was 30ft deep and 50ft wide. By 1917 it was operating as a cinema. It was taken over by Scottish Cinema and Variety Theatres Ltd. in 1925

In the early-1930’s it was equipped with a RCA sound system and was part of the Associated British Cinemas(ABC) chain. It was modernised in 1939. It was destroyed by a fire on 28th December 1945.