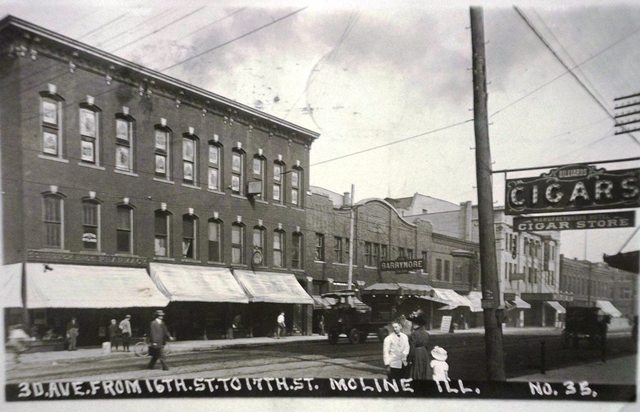 Located on the north side of 3rd Avenue A (#1607-11) (now renamed River Road) between 16th Street and 17th Street. Opened on January 20, 1908 as the Elite Vaudeville Theatre. On September 12, 1909 it was renamed Barrymore Theatre. The Dispatch Newspaper in Moline references the Barrymore Theatre in January of 1911. It was closed in 1917.

The Elite Vaudeville Theatre and, later, Barrymore Theatre was at 1607-1611 Third Avenue (now River Road). The Elite Theatre launched on January 20, 1908 for Berkell & Friedenwald who also operated the Elite Theaters in Davenport and Rock Island. The Elite rebranded on September 12, 1909 as the Barrymore Theatre. All listings end in 1917. Manufacturers' Garage opened an auto repair garage in the former Barrymore Theatre on March 10, 1924. The property was said to be in use by the Smith Filter Company into the 1990s but the building was destroyed by vandals in March of 1995.