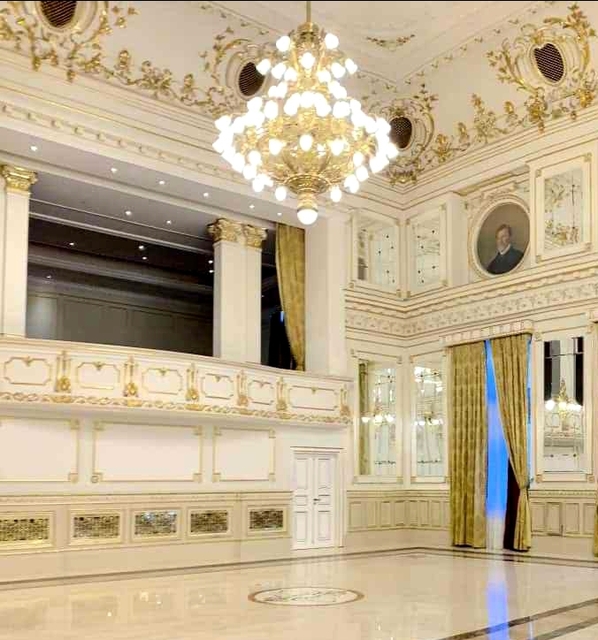 Located inside the Grand Royal Hotel built in 1896. The hotel ballroom was where the Lumiere Brothers screened their first films in the city. It was converted into the Royal Apollo Kino on 31st October 1915. On 25th September 1931 it screened its first ‘talkie’ “The Blue Angel” starring Emile Jannings & Marlene Deitrich.

After World War II and under Communist rule it was re-opened in 1959 as the Red Star Kino. The cinema closed in the Autumn of 1997.

The hotel, now much remodeled, is now named the Corinthia Hotel Budapest (5*) and the former cinema has now reverted back to its original use as a ballroom and is also used as a conference room, retaining its original 1896 Frech Renaissance style decorations.