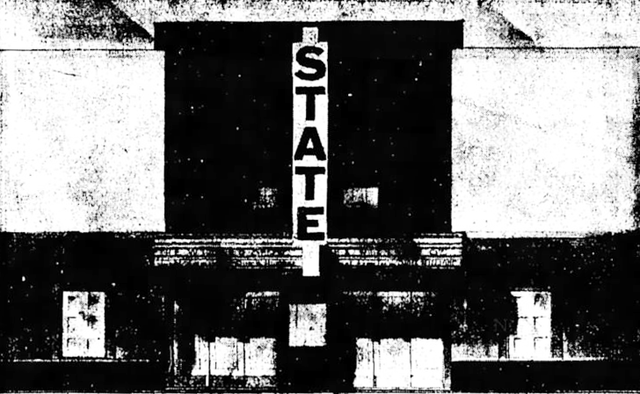 The State Theater opened on Christmas Day, 1939, with the film, “In Name Only” and could seat 530. The Moderne-style theater was hailed by advertisements placed by its mangement in the local paper as “Alton’s finest amusement spot”.

It operated until 1955, in the end screening second-and-third run films. A couple years later the former movie house was converted into a storage space, then was unused a number of years before being used once more for storage, which it remained for many years, serving longer in this capacity than as a theater.