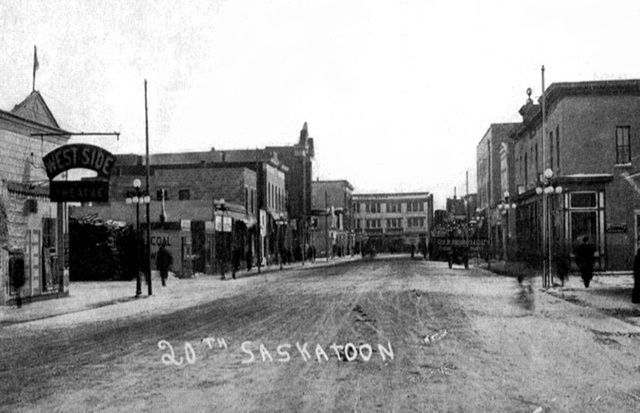 The West Side Theatre opened in August, 1912, at the northwest corner of 20th Street W. and Avenue C South in the neighborhood just west of downtown Saskatoon. It was still in operation in 1916, but had closed by 1917. In 1930, the Roxy Theatre was built just down the block from the site of the West Side Theatre.