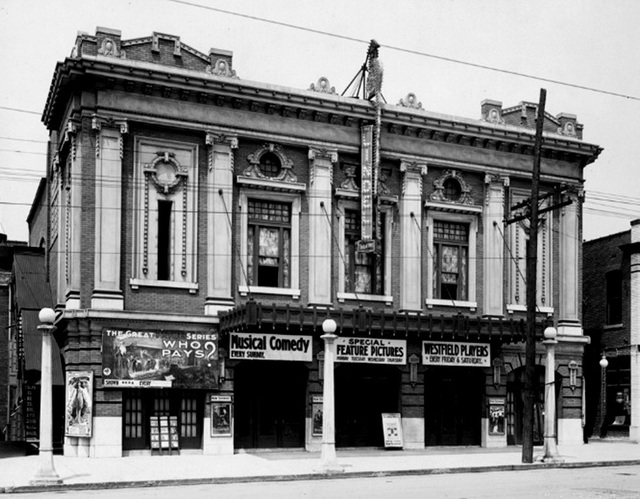 The Lindell Theatre opened in 1914 for the Great Northern Amusement Company. It was located in the middle of the block just north of the old Bush Stadium. The Lindell, along with the Norside Theatre, was right on the dividing line for the two high schools that served the north side. Central High was two blocks to the east and Beaumont was two blocks to the west. On days when there was a ball game the popcorn machine and concessions were sold outside the theatre to people passing on the way to the ball game.

The theatre had its original marquee and this was the demise of the theatre. On May 8, 1961, the whole neighborhood was awakened at 4:15 in the morning when the marquee came crashing to the ground after a heavy rainfall accumulated on top of the marquee and weakened its supports. The theatre never reopened after that and was demolished less than a year later.

Architects the local firm of Kennerly & Stiegemeyer, who designed a large number of neighborhood theatres.

Built by the Great Northern Amusement Company. In 1919 William Goldman added the theatre to his chain.

In 1921 theatre became part of City Wide Amusement (the Koplars),
and later that same year St. Louis Amusement Company was formed, a
merger, of sorts, between Koplar and the Skouras Bros.

St. Louis Amusement operated the theatre until its demise.

Nearly five inches of rain had fallen over the weekend and on the morning of May 8, 1961 the weight of the accumulated water atop the marquee weakened its supports and the 50-foot structure came to the ground. The theatre remained closed and was demolished early in 1962.