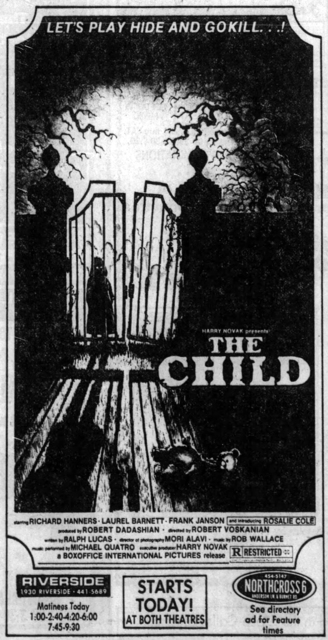 Riverside Cinema Co. backed by the Chick Brothers was the latest United General Theatre franchisee. And this was the first of twelve the circuit was building in Austin. The Riverside Cinema would be their new automated theater in the Town Lake Shopping Center at 1930 E. Riverdale. And the theatre opened pretty much on time in the summer of 1973. United General franchisees were purportedly behind two similar Aquarius quads – one in Austin and the other in Dallas.

With ten more Austin screens and 44 more in Texas scheduled by year’s end and 3,500 screens by the end of 1975, United General called itself the “fastest growing cinema circuit” in the United States. Unfortunately, few of the locations actually opened as United General as the chain’s projections didn’t match reality. That was something that became apparent when two of its founders pleaded guilty to fraud charges.

By the time the Riverside Twin Cinema opened in July 13, 1973 with “Godspell” and “The Killing Kind,” the Chicks were listed as formerly of United General and the theatre launched for Presidio Cinemas. The theatre became the Riverside Dollar Cinema on September 4, 1987 closing August 27, 1989. It became a short-lived repertory live concert film and performance space called Riverside Live from March 15, 1990 to September 30, 1990. In 1991, it became home to the Mission Hills Church and the South Shore Church in 2001.