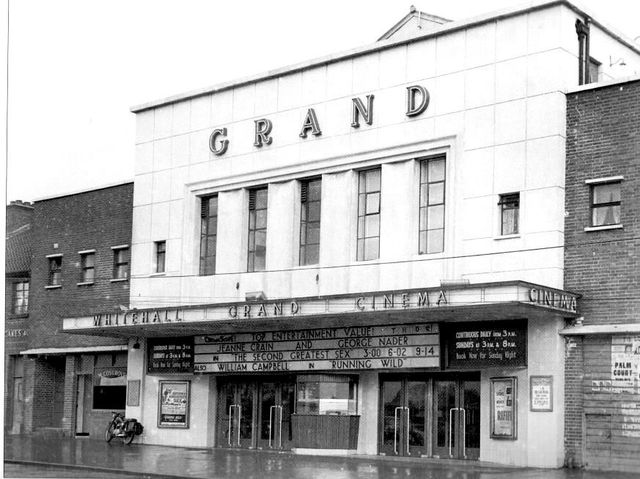 The 1,000-seater Whitehall Grand Cinema opened on 31st July 1954 with Dirk Bogarde in “Doctor in the House” and was equipped with a GB-Kalee sound system. Like many others in Dublin it was a fairly basic-looking structure built of concrete faced with red-brick cladding. By the 1960’s it was a cine-bingo operation going over to full-time bingo in 1974. The building was purchased by Gael Linn and the rake of the auditorium was later removed. It still operates as a bingo-hall along with the former Star Cinema and Cabra Grand Cinema.