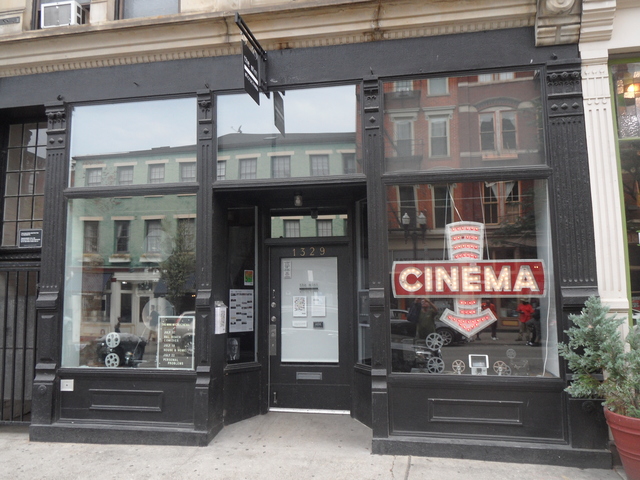 Located in the Over-The-Rhine district of Cincinnati, the Mini Microcinema was created in July 2015 by C. Jacqueline Wood. She originally obtained a Globe Grant which enabled her to take over a vacant storefront at 1805 Elm Street to create a space “dedicated to bringing people together to see experimental film that’s outside of the mainstream”. Over two months, 29 screenings were presented, and, when that temporary installation came to an end, she was determined to create a permanent home for the cinema.

After presenting shows in a variety of locations, she was eventually able to open the permanent Mini Microcinema in July 2016. Although it still concentrates on works by local and international artists and filmmakers ‘outside the mainstream’, the programme also includes a selection of classic feature films (especially World cinema), documentaries and animation. It is a pleasingly ‘basic’ operation, with free-standing seats on a flat floor and not much in the way of foyer space. But there is a wonderful atmosphere!

Run by a non-profit making organisation supported by sponsorship from commercial and media concerns, screenings and events are free, although a $5.00 donation is suggested. There is no advance booking, with tickets available on a ‘first come, first served’ basis.

I attended the Mini Microcinema on Sunday 15th July 2018 for their fourth ‘Open Screen’ event, in which local filmmakers presented short films (mostly on digital, but with one film on 8mm!). It was a fascinating evening, with a packed house enjoying the usual eclectic mix of subjects and technical achievements. The screening was introduced by Jacqueline Wood, and I was able to have a nice chat with her and some of her volunteer helpers. Their enthusiasm for film in all its forms was clear to see, and I hope this splendid initiative goes from strength to strength.