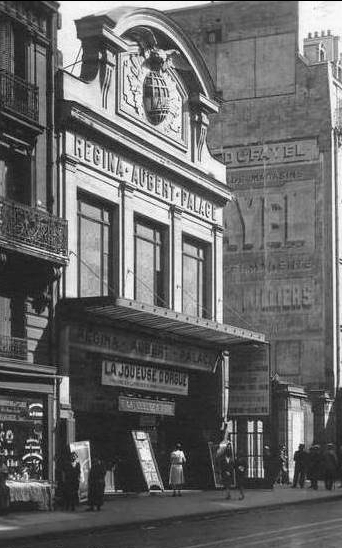 Located in the city centre to the south of the River Seine. The Regina-Aubert Palace was opened by Louis Aubert in 1919. Seating was provided on orchestra and balcony levels. In 1958 it was remodeled to the plans of architect Georges Peynet and was re-named Regina-Gaumont. In 1962 it was re-named Gaumont Tive Gauche. It was closed 1980 and was converted into retail use as a clothing store.