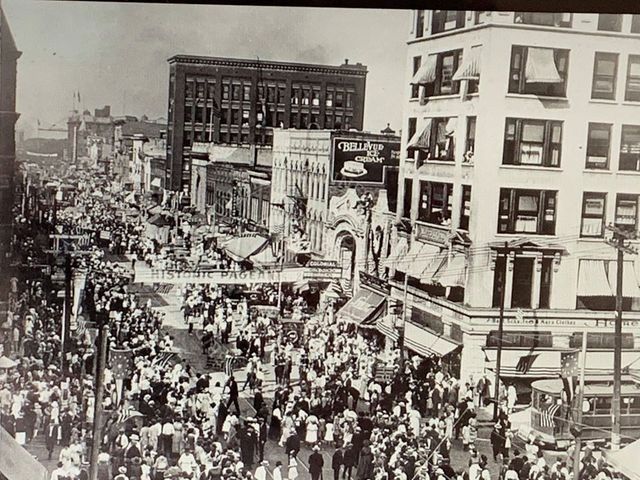 Henry Goldman launched the Colonial Theatre, his third photoplay house, in downtown Green Bay on June 4, 1913. Mayor Winford Abrams was at the opening and delivered remarks prior to the first show followed by music by the Green Bay City Band. The 650-seat theatre had a solid silver screen and a candy shop.

In 1915, the theatre signed a contract with Challenge Motion Pictures. In 1922, the theatre closed briefly for a major overhaul. On April 4, 1926, Goldman sold the Colonial Theatre and Grand Theatre to Saxe Brothers Circuit. Saxe sold the theatres to Fox Circuit in 1931.