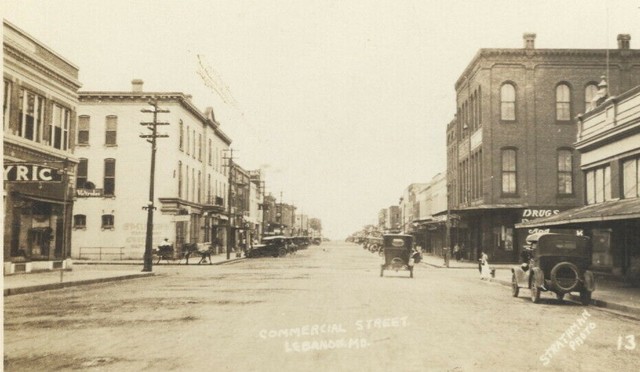 The Lyric Theatre’s roots date back to 1908 when the first 200-seat Lyric Theatre showed silent motion pictures in downtown Lebanon. As the 20-year leasing cycle was concluding, a decision by owner L.L. Lewis and his wife was made to locate a new Lyric Theatre with sound near the corner of W. Commercial Street near S. Jefferson Avenue in the existing Clark Brothers Building.

The new theatre had its grand opening date scheduled for February of 1928 when a fire destroyed the forthcoming theatre and the neighboring W.C. Booth Big Store on February 11th. This forced Lewis to continue operations at the previous location until November 10, 1928.

The New Lyric Theatre launched on November 12, 1928 with William Haines in “Excess Baggage”. The theatre was listed as closed ten years later but had reopened by 1941 and was still open in 1950,