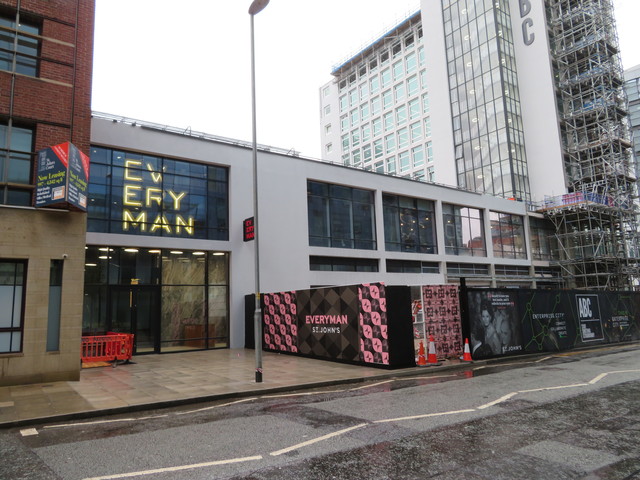 Located in the city centre in the former Astley Byrom House/ABC Building. The Everyman Manchester St. John’s was opened on 31st October 2019 with “Doctor Sleep”, “The Exorcist” & “Official Secrets”. Seating capacities in the 3-screens are: Screen 1: 118, Screen 2: 72 & Screen 3: 59. Screens 1 & 2 are equipped with Sony 4K digital projectors. Screen 3 is equipped with Sony 2K digital projection. All screens have Dolby 7.1 digital sound.