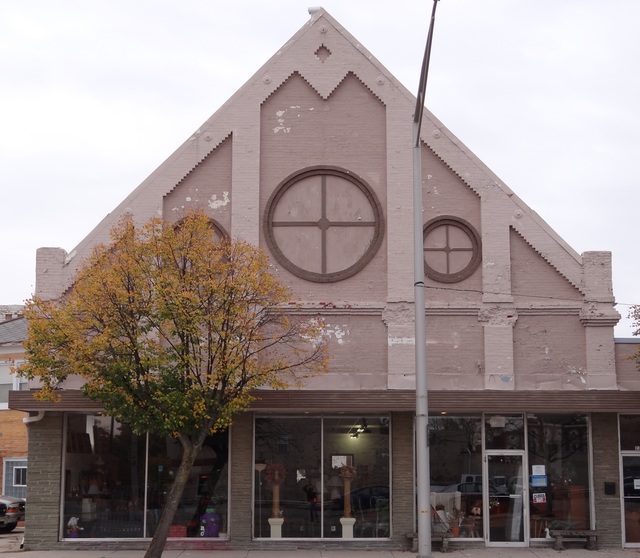 Even by 1884, this is referred to as the Armory Hall, and has a stage and scenery at the rear. Dressing rooms were in the one-story extension at the back. Later maps refer to it as an opera house. The structure was remarkably unchanged through its history. On the 1930 map, a large rectangular awning appears, and remains on the 1948 revision. Some damage to the brick pilasters would indicate at least a partial covering of the facade.

Sometime after this, the ground floor received a mid-century stone and glass remodel. The building is currently in use as a furniture store.