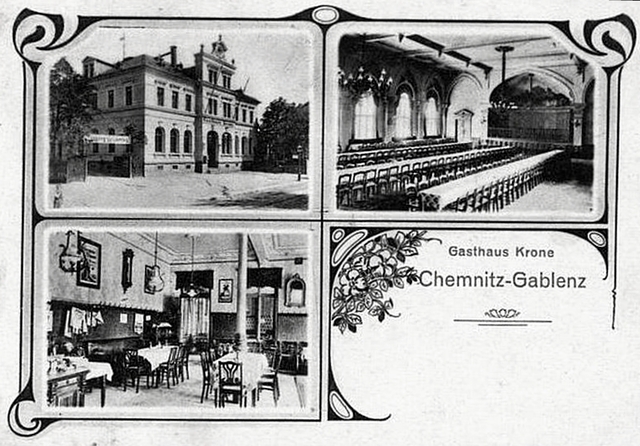 Around 1946 the ballroom of the Gasthof Krone was converted into the Lichtspielhaus Krone. It was later re-named Wrlt Echo Lichtspielhause. It 1949 the Bezrikfilmdirekion Karl-Marx Stadt took over operation.