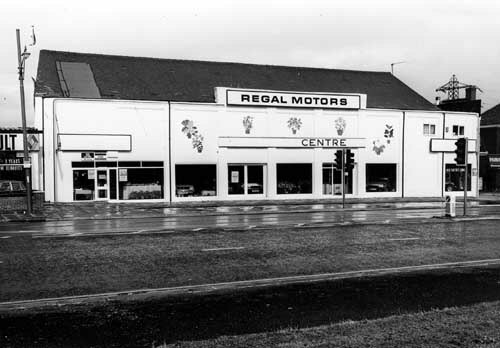 In the Hunslet district of Leeds, the Pavilion Picture Palace opened on Monday 6th January 1913 with “Dante’s Inferno”, starring Salvatore Papa and Arturo Pirovano, advertised as ‘Exclusive to this theatre’.

The proprietors were J. J. R. Whitelock and L. Kohn and shows were twice nightly, at 6.45pm and 9pm, with matinees at 3pm. There were 820 seats.

The multi-talented Harold Pemberton was also a musician and, many times, before the shows, he would serenade patrons with his violin from a little balcony!

On 6th January 1930 the cinema was renamed the Regal Cinema. By 1953, according to the Kinematograph Year Book, it was owned by Goldstone (Cinemas) Ltd and seating capacity had been reduced to 616.

The Regal Cinema closed on Saturday 30th May 1959 with “In Love and War”, starring Robert Wagner.

The building was converted into a car showroom, appropriately named Regal Motors. This lasted until at least the early 1980’s, but it was then demolished and replaced by an updated motor garage on what appears to be much the same footprint. This was originally operated as Robert Bowett Motors but today (November 2020) is trading as Luscombe Mitsubishi Leeds.