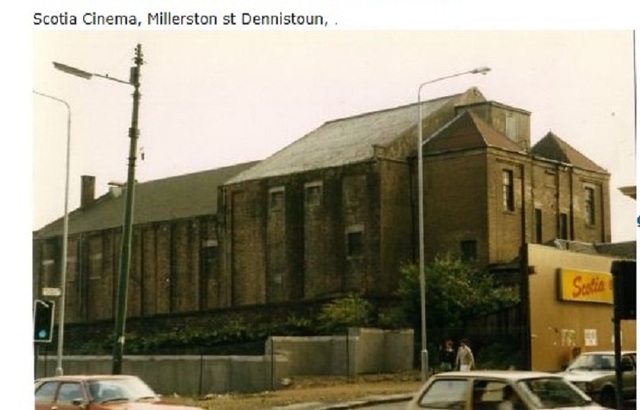 Located in the Haghill district to the east of the city. The Scotia Picture House was opened on 24th March 1921. It was designed by architect Charles J. McNair and was operated by James Hamilton. Seating was provided for 1,250 in stalls & circle levels in the narrow auditorium. The roof trusses were exposed in the ceiling. The proscenium was 29ft wide. Around 1929 it was equipped with a Western Electric(WE) sound system. By 1937 it was operated by the Douglas Picture House Co. Ltd.

The Scotia Cinema suffered a serious damage by a fire on 17th February 1949. Repairs took almost a year to complete, and the interior was given a Streamline Modern style and a RCA sound system had been installed.

It was closed in 1964 and was converted into the independent Scotia Bingo Club. It was closed in 1985. The vacant building was destroyed by fire in an arson attack in 1987 and the remains were demolished. In 2021 the site is used for storage.