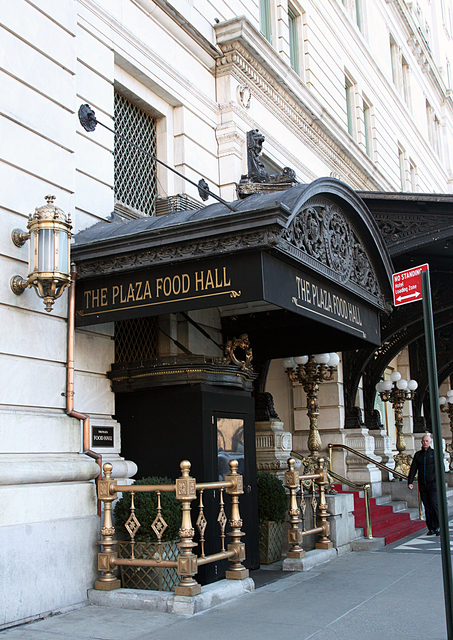 This small cinema beneath the Plaza Hotel was opened during the 1970’s and is not to be confused with Cinema 1, 2, 3 on the East Side. The Cinema 3 was closed in 1997.

It was a unique kind of movie theatre. One film I remember seeing there was Prizzi’s Honor in 1985. Not many theaters like this one around in 2015

I think this was in operation until the late 90s?

Al and Ed: You two seem to be the go to members for questions regarding NYC theaters so I have a question for you. In his book “Final Cut” Steven Bach describes the World Premiere of Heavens Gate and mentions that it was held at Cinema 1. Or maybe Cinema 2. I can not find a listing for this theater on CT which means that it is probably listed under a different name.

Can either of you help me out with this question?

“Heaven’s Gate” had it’s World Premiere at the CINEMA I. Now can be found under City Cinemas Cinema 1, 2 & 3.

Thank you both very much. It did not occur to me to look in the Open Theaters listings. Never considered that a possibility. At the time I was managing a theater in Atlanta and Heavens Gate was to be our big Christmas attraction. We finally did run the short version in the Spring. I found the Bach book much more entertaining than the movie, either version. Thanks again for those prompt replies.

“Heaven’s Gate” played for 7 days, then was replaced by “Apocalypse Now” as a re-release. This must of left the management scurrying to find a holiday replacement for one of the premiere theaters on the East Side.

I would imagine that many theaters got caught short because of this. I believe that our opening date was December 18, or some point during that week. Georgia was an anti-blind bidding state, so no booking was considered final until the bid screening which of course never took place. Still, it was already known that the movie would be three hours long and not many theaters were willing to tie up an auditorium during prime Christmas season with a movie they could only run once a night.

Even in those pre-Internet days, there were already rumors about problems with this movie and how bleak the prospects were for a three hour R rated western. When I asked the broker about this he said: “Stick it in the small house. We are just doing UA a favor anyway.” I can recall several times during that era when we had a picture booked only to have it pulled after the bid screening took place. Raise the Titanic is one that comes to mind.

For Christmas of 1980 we ended up with Popeye and Flash Gordon.