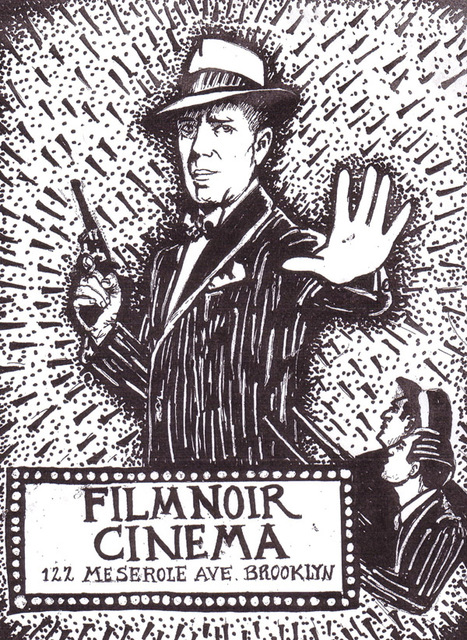 Located in the Greenpoint district at the corner of Meserole Avenue and Leonard Street. Opened in April 2017, the 54-seat Film Noir Cinema screens art house films.