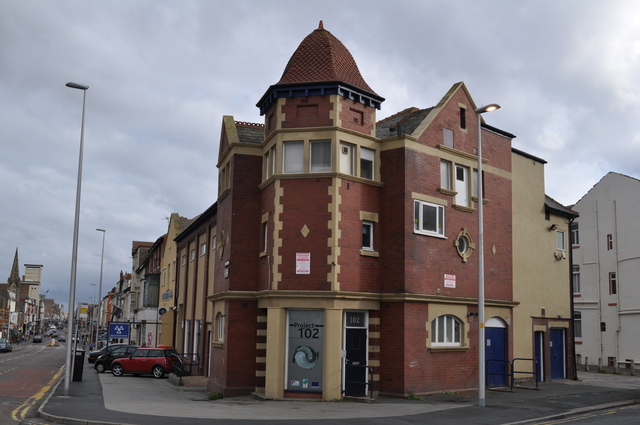 A pre-sound cinema in the same road as the later mighty Odeon, the Imperial Picture Palace has a handsome brick facade dressed with Portland stone. It was a two tier house and opened on 14th July 1913 with 731 seats.

On 30th April 1939 the interior was destroyed by a fire, leaving just the walls and the iron frame. The architectural firm Derham, MacKeith & Partners were commissioned to re-design the cinema within the original brickwork. It re-opened on 8th July 1939 with Warren William in “Wives Under Suspicion” and Harry Davenport in “Young Fugitives”. The seating capacity had been slightly reduced to 719.

In July 1954, the Imperial was the second cinema in Blackpool to be fitted with CinemaScope. The cinema was re-decorated in 1958 and closed in 1961. It was always operated by independent operators throughout its cinematic life.

It began use by a firm of undertakers for many years but in 2004 was up ‘For Sale’. In 2007 the Print Plus Group were listed as operating from Imperial House, Imperial Buildings, Dickson Road. In 2011, the building is in use as a health advice centre for AIDS and other sexual disease.