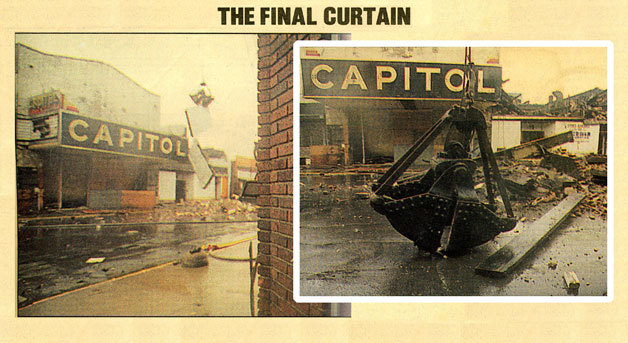 The Capitol Theatre closed in 1986, and was put up for sale. Soon afterwards, it suffered from a fire and was demolished.

Sepia prints were usually copies of bluelines and postdate blue prints, which would make my Sandblom blueprint of the proscenium older than Preiskel’s longitudinal drawing. The drawing is accurate from my recollection of the building while I worked there from 1971 through 1986. So Sandblom must have been involved right at the beginning. Perhaps Preiskel had some sort of business arrangement with Sandblom’s office in NYC, drafting for instance. Or, perhaps, Sandblom had some special expertise that Preiskel wanted or needed or Sandblom was originally commissioned to design the theatre before Preiskel took over. I do not have easy access to my prints right now, but I believe that Sandblom’s drawing is significantly more elegant than the actual theatre was. Unfortunately these three prints are the only drawings that I have.

I believe that we had a staff theatre buff when I worked there. He may have acquired the prints from Dick Carroll mentioned somewhere above on this page, or know what became of them. He may also still be employed by John Scher, so I’ll make an inquiry and let you know what happens. This mystery is intriguing. Though the Capitol was by no means a spectacular theatre, it was definitely different.

Some of the audio recordings and one video are avilable at:

I had to sign up to answer kittykat … I was Googling “who remembers the Treasure Trove in downtown Passaic?” so I got this hit. I grew up in Clifton (graduated 1974)and we always went to The Treasure Trove in downtown Passaic. That was the coolest store we knew. You would have been working there when I was just a patron. I also remember a great small shoe store that was close to it, maybe even next door or right around the block. We used to buy our funky platform shoes there to wear with our skinny jeans when they came out. My first concert at The Capitol Theatre was Alice Cooper with his “Dead Babies” Tour. I do remember how creepy the Montauk Theatre was to have to walk past. Passaic was just starting to go downhill during that point in time. I remember a couple times having to run home after concerts from The Capitol Theatre, we were too young to drive then.

Hi, Perhaps I haven’t read through all the posts here yet, but I was wondering is there an archive that might provide a chronological list of the groups and musicians who played the Capitol through the years? Pictures of posters?

You will find the best available chronological list of concerts on this page, http://www.moyssi.com/capitolshows.htm

There are some interesting photos and plans here: http://www.moyssi.com/capitol.htm if you follow the links at the bottom of the page.

If you explore the whole site you will find concert programs, posters and other interesting things.

Unfortunately, I have not had the time to develop and expand the site yet, but that too will come.

roscomouse, I’m interested in using a blueprint of the Capitol Theater in my upcoming Encyclopedia Of Jerry Garcia Music Venues. Please email me at . 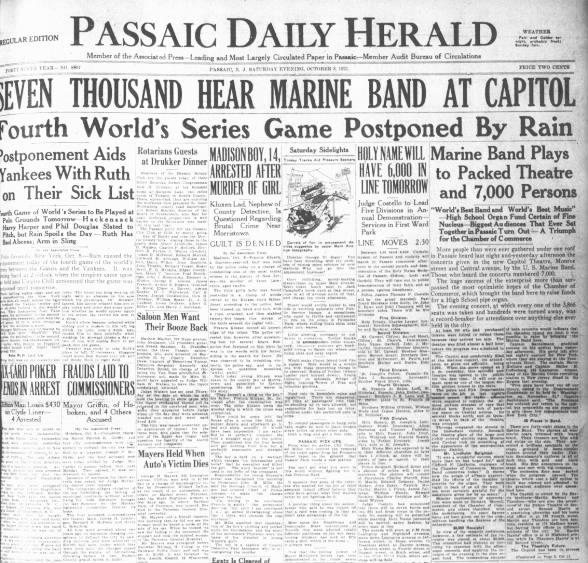